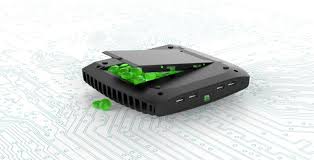 This isn’t the first time CompuLab, an Israeli firm specializing in single-board and industrial board computers, has offered Linux Mint computers. They first offered their MiniBox PC with Linux Mint in January 2012.

Clement “Clem” Lefebvre, Mint’s founder said, “The MintBox 2 will be based on the Intel i5 and feature more than four times the performance of the MintBox Pro, for roughly the same price. The new MintBox 2 is expected to be much faster than its older AMD-powered relatives, the MintBox Basic with its AMD T40 and the MintBox Pro with an AMD T56 CPU.

According to Lefebvre, “The i5 CPU is a great compromise between performance and price … The i7 processor, in comparison, would have pushed the cost above $800 and only gave an additional 5 percent performance gain.” In a note, Lefebvre added that the MintBox 2’s i5 will be “a third-gen Intel Core i5 3337 Ivy Bridge 1.8 GHz with Intel HD Graphics.”

The MintBox 2, which is based on CompuLab’s Intense PC line, also comes with two eSATA ports for additional storage, a pair of Gigabit Ethernet ports, 802.11n Wi-Fi, and four USB ports: two USB 2.0 and two USB 3.0.

This Mint Linux PC will sell for $599. It will be available in the US from Amazon and in the European Union from Amazon Germany.

What Joomla (A CMS) Is