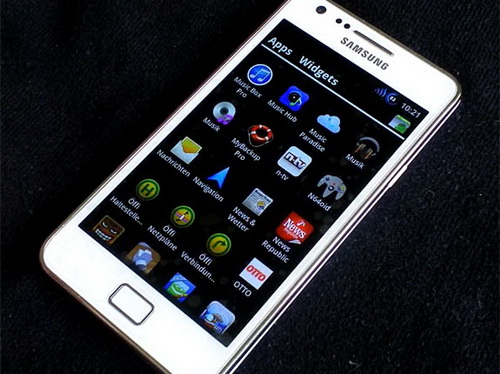 Designed to attract the last few Blackberry loyalists, the Samsung Galaxy Chat is a low-end phone aimed at teens and social networkers. As well as a portrait physical keyboard, the phone features Samsung’s Chaton instant messaging service, which has its own button embedded in the keypad.

“With the Galaxy Chat, keeping up with your social life is easy and fun,” Samsung said in a blog post. “Preloaded on the phone with its own dedicated launch key, Samsung’s ChatON communication service connects you and users from any phone platform into a single community, enabling spontaneous group chatting and messaging-whether with text, animations, or images-in seconds.”

Other pre-loaded apps and features include Samsung’s GameHub, Quick Office, S Planner, and AllShare Play, which enables users to play multimedia on other connected devices.

In terms of specifications, the Galaxy Chat pairs a 3in QVGA 240×320 screen with its QWERTY keyboard, as well as a 2MP rear-facing camera, a 1200mAh battery, HSDPA and WiFi connectivity, and 4GB of internal storage which can be expanded up to 32GB.

Samsung is promising that the phone will make its debut in Spain later this month, followed by a launch iN Europe, Latin American, the Middle East, and China. A UK release date and pricing are yet to be confirmed, and Samsung was unavailable to comment at the time of writing.

HTC facing a huge Compition Down