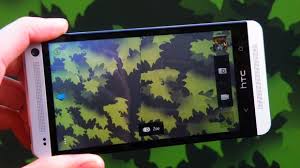 The new HTC One is a smartphone that offers some of the very best mobile technology around including a powerful quad-core processor and new SLCD3 display. The model also makes use of some older technologies as well and the infrared features on this model are one area that is very impressive.

Infrared has been around since the beginning of the Twentieth century but it still has a number of practical uses on modern devices such as the HTC One. This model features an IR port directly beneath the main power button on the device and this enables the handset to work with a number of other devices. The Sense user interface on the model features some excellent software that allows users to use their smartphone as a portable TV Guide which can, in turn, control the consumer’s television. The advantage of this is that much more information on programming schedules can be viewed on the device without interrupting what is being watched on the TV. This part of the phone is named HTC Sense TV and the software is powered by a service called Peel who specializes in delivering TV guides to mobile devices. Click here for more HTC One News

This may not be the only use of infrared technology that can be utilized on the impressive new HTC One smartphone. Recent reports are suggesting that the Sense API of the phone can be easily programmed to let the new phone work in much the same way as a universal remote control. This means that eventually this device could be used to control all manner of devices including TV’s printers, audio systems, and cameras. Indeed any device that relies on IR commands could potentially be controlled by this excellent phone. This is just one interesting feature on this new model which boasts other new features including the new Sense UI and the excellent HTC Zoe software for the camera. Find the best HTC One EE Contracts here

The HTC One is a superb new device and the practical use of older technologies such as infrared sits well besides the incorporation of much newer formats.