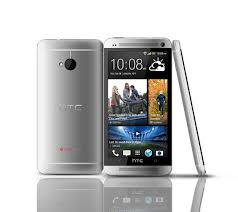 Verizon has dropped the price of the Droid DNA, its current flagship HTC smartphone, for a limited time. The price cut is yet another sign that the Droid DNA is being pushed out by Verizon in an attempt to clear shelves for the Verizon HTC One release which unfortunately still remains in the shadows as the month of July begins.

specific For weeks now, the Verizon HTC One has been official though the carrier remains mum on the details of its launch. We’ve heard whispers about a release several weeks from now and we’ve seen HTC claim that details in regards to the launch will be coming “soon.” However, earlier today, a potential bombshell emerged, one that Verizon HTC One owner likely won’t be happy about.

Earlier today, we saw a press shot of the device leak out for the first time, a sign that something might be brewing. However, the render shows a date in September, September 5th to be exact, and it’s possible that the Verizon HTC One release could be taking place around that time. In the past, we’ve seen the launch and release dates tipped in these promotional photos so the date, as we mentioned earlier, is plausible.

Summer of course extends from the end of June to the end of September, meaning September is in the realm of possibility for the HTC One release date. And while that news is certainly grim for prospective buyers of the Verizon HTC One, there are signs that HTC and Verizon probably won’t be waiting that long to release the Verizon HTC One.

Here’s why we don’t think the Verizon HTC One release date will come in September.

The HTC One has been out on shelves since late April, a completely different situation. AT&T, T-Mobile, and Sprint all carry it and have been carrying it for a while. So, the carrier had no reason to announce the phone when it did. No pressure, nothing. It could have waited until today to announce it if it wanted to. Verizon is Clearing Out Droid DNA Stock