Jobs, of course, had an answer to all this: a “thermo-nuclear” legal war that would keep clones off the market. Yet nearly two years after Apple first filed a patent-infringement lawsuit against Samsung, and six months after it won a huge legal victory over its South Korean rival, Apple’s chances of blocking the sale of Samsung products are growing dimmer by the day

Indeed, a series of recent court rulings suggests that the smartphone patent wars are now grinding toward a stalemate, with Apple unable to show that its sales have been seriously damaged when rivals, notably Samsung, imitated its products.

That, in turn, may usher in a new phase in the complex relationship between the two dominant companies in the growing mobile computing business.

Tim Cook, Jobs’ successor as Apple chief executive, was opposed to suing Samsung in the first place, according to people with knowledge of the matter, largely because of that company’s critical role as a supplier of components for the iPhone and the iPad. Apple bought some $8 billion worth of parts from Samsung last year, analysts estimate.

Samsung, meanwhile, has benefited immensely from the market insight it gained from the Apple relationship, and from producing smartphones and tablets that closely resemble Apple’s.

While the two companies compete fiercely in the high-end smartphone business – where together they control half the sales and virtually all of the profits – their strengths and weaknesses are in many ways complementary. Apple’s operations chief, Jeff Williams, told Reuters last month that Samsung was an important partner and they had a strong relationship on the supply side, but declined to elaborate.

As their legal war winds down, it is increasingly clear that Apple and Samsung have plenty of common interests as they work to beat back other potential challengers, such as BlackBerry or Microsoft.

The contrast with other historic tech industry rivalries is stark. When Apple accused Microsoft in the 1980s of ripping off the Macintosh to create the Windows operating system, Apple’s very existence was at stake. Apple lost, the Mac became a niche product, and the company came close to extinction before Jobs returned to Apple in late 1996 and saved it with the iPod and the iPhone. Jobs died in October 2011.

Similarly, the Internet browser wars of the late 1990s that pitted Microsoft against Netscape ended with Netscape being sold for scrap and its flagship product abandoned.

Apple and Samsung, on the other hand, are not engaged in a corporate death match so much as a multi-layered rivalry that is by turns both friendly and hard-edged. For competitors like Nokia, BlackBerry, Sony, HTC and even Google – whose Motorola unit is expected to launch new smartphones later this year – they are a formidable duo. 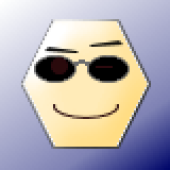 iPhone5 Will Have Swappable Camera Lens and iOS6

Tweets by @Shah_Rukh_G
© 2020 IT Tech Developer | XML Sitemap | HTML Sitemap
Powered by T-Developers | Designed by: Shah Rukh | Thanks to Friends