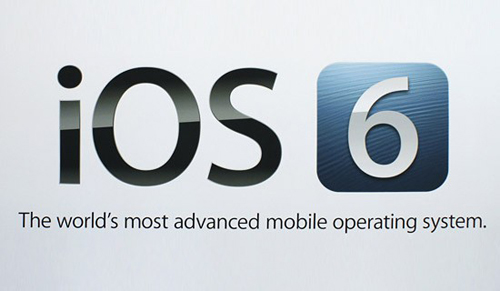 iOS 6 was announced last week and the iOS 6 release date is now September 19th. You will be able to download iOS 6 on Wednesday, September 19th. Apple announced iOS 6 at Apple’s World Wide Developers conference, however, it has only been available for developers since then.

As the battle between Apple and Google heats up, Apple has dropped the preloaded YouTube and Google Maps applications:

You can now set reminders to call people back, send messages instead of calling, apply a DO NOT DISTURB feature that does not alert you with notifications.

iCloud Tabs will integrate Safari across all iCloud-connected devices, allowing users to go from device to device with the same internet browsing tabs remaining open on each.

iOS 6 Mail VIPs will enable users to mark certain contacts as important, and in turn, all their messages will be starred.

Once reserved for wifi only, you can now FaceTime over your cellular network.

Allows you to easily share photos with your friends.

Apple will say goodbye to Google Maps and reveal a new Maps made completely in-house. 3-D maps are another possibility, with geographical features interlaid on traditional maps.

Guided Access allows you to lock an app when it’s in use so that other controls won’t be accessible.

Get all your passes in one place, including boarding passes, tickets, and coupons.

The iPhone 5 and iOS 6 release will go down in history as the companies most anticipated product releases in history.