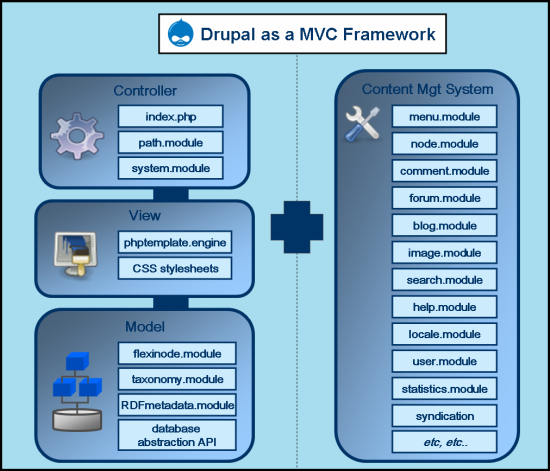 The open-source Drupal content management system is going commercial thanks to a new company, called Acquia, led by Dries Buytaert, the founder of the Drupal project. The new effort aims to bring a commercially supported version of Drupal to business users and could shake up the entire content management marketplace.

Jay Batson, who was the founding CEO of open source VOIP software company Pingtel, is also part of Acquia’s executive team. Acquia is getting $7 million in funding to start from a number of backers, including North Bridge Venture Partners, Sigma Partners, and O’Reilly AlphaTech Ventures.

Acquia’s Drupal distribution will take the core Drupal content-management system and add in up to 30 additional modules from the community to expand functionality.

The entire package will undergo additional testing to ensure enterprise-grade stability. In addition, Acquia will offer full technical support for its Drupal distribution. Currently, open-source Drupal users rely on community resources such as mailing lists and discussion forums for support.

Drupal is currently available under a GPL version 2 open source license. Under Acquia, Buytaert said, licensing will not change and that the commercially supported version of Drupal will also be GPLv2 licensed. He also noted that from a development point of view as much as possible would be done in the open.

“The goal is to do as much as we can with the existing Drupal community and collaborate with them,” Buytaert said. “We don’t want to create a public fork.”

Buytaert also does not want to negatively impact the broader community of Drupal consultants that currently provide Drupal related services. According to Buytaert, the existing community of commercial support for Drupal has its main income stream from creating Drupal sites for customers.

“Where we’ll be active is in the post-installation stuff, so we’ll be looking to work with existing Drupal consultants,” Buytaert said. “We see them as channel partners.”

The market for content management systems is full of competitors both large and small in both the closed and open-source markets. But even with the fierce competition, Buytaert said he’s not concerned about Acquia’s prospects.

“Drupal is already a leader, and we will keep doing what we’ve been doing over the past few years. We’re not too worried about competition,” he said. “I think what we have will add enough value on our own to be successful.”