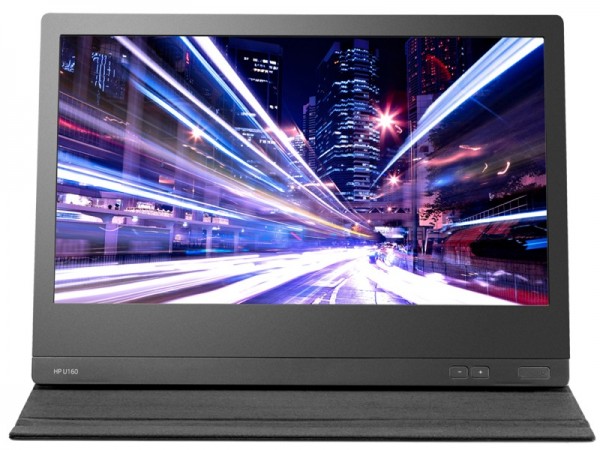 HP seems to be focusing mostly on monitors at CES 2013. The company took the wraps off its HP U160 monitor. This is the first HP monitor to come with a USB-powered monitor.

HP U160 monitor features a 15-inch screen with 1,366 x 768 resolution and is expected to appeal to the customers who are usually on the go. It weighs just 1.5kgs and will be available with a foldable carrying case. It is expected to start retailing at end of January for $179.

HP x2401 24-inch LED Backlit Monitor is a 24-inch monitor that comes with an LED display. This is Beats Audio powered monitor, which is not expected to hit the shelves any time before November and is expected to cost $249. HP x2401 comes with Multi Vertical Alignment (MVA) panel.

Next up is the HP ProDisplay line of monitors. These monitors are targeted at the office personnel and come in four different variants – P191 (18.5-inch), P201m (20-inch), and P221 (21.5-inch). These monitors will be available starting February and will range between $129 to $179. The only notable feature of these monitors is that they come with an LED backlight.

The 27-inch HP Envy 27 Monitor features built-in Beats Audio stereo speakers and a full 1920x1080p HD resolution. It is expected to be available in February for $499.

HP ZR2330w is a 23-inch IPS monitor, which features an LED-backlit screen, a 14ms screen refresh rate, and a full HD resolution of 1920×1080 pixels. It is being touted s a budget monitors and will be available in the market for $259

Drupal (A CMS) is going Comercial