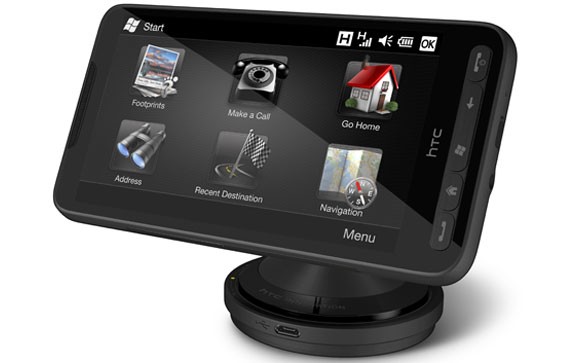 It doesn’t always pay to be a first mover. When Android first hit the market, it was HTC that had enough faith in Google’s initial OS to manufacture handsets, but two years are later the inaugural Android device maker has fallen to increasing competition within the Android community. Today HTC reported a 26 percent drop in fourth-quarter profits, warning investors that revenues could drop 36 percent this quarter. What makes the news so disheartening is the fact that HTC expects an ongoing decline, despite plans to unveil four new Android models at the Barcelona Mobile World Congress event later this month.

“Our weakness in first-quarter guidance … comes from facing competition in the U.S. from iPhone and Samsung,” CFO Winston Yung told analysts in a conference call. He declined to provide unit sales numbers.

HTC’s plight is shared by other Android handset makers, including Motorola Mobility and Sony. It seems that, amidst rising competition from the Apple iPhone and each other, Samsung’s the only Android OEM to excel. HTC’s biggest advantage was its head start as an Android partner, with few other manufacturers pumping out handsets in Android’s early days. HTC may have also missed out on curbing the competition with its own extended ecosystem, as Samsung and Amazon have done with their Android tablets.
The internal rivalry of another sort

Another area of dissonance within the Android camp is its OS, which has seen a slight increase in Gingerbread and Ice Cream Sandwich installs. While Gingerbread remains the most prominent version of Android, running on 58.6 percent of devices, Ice Cream Sandwich barely breaches the 1 percent mark. Such fragmentation has been a downside for Android, and a recent crash report from Crittercism shows how the Android OS system affects app performance. Though Android apps are found to crash less than their iOS counterparts, the frequency of upgrades on both operating systems can cause an app to crash.

Other causes include third-party software, such as ad servers or analytics systems, like the adware that was mistaken for malware in a Symantec report, or CarrierIQ. Google’s been addressing some of these problems, releasing Bouncer software to better protect apps in the Android Market before they make it to your device. Others like McAfee are hoping their security apps can help Android users, with their updated software detailing how apps are using your personal data.

How to make a landing page in WordPress?