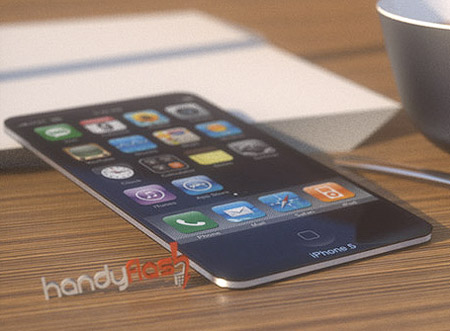 After the rumored iPad 3, what the tech geeks eagerly look towards from Apple will be iPhone 5. Apple will be rolling out iPad 3 two or three months from now. But rumor mills are a bit confused about the potential release date of the iPhone 5 this year. As Apple delayed the release of its 2011 version of iPhone until late last year, there are better chances the same will happen in the case of the 2012 version.

That means we are not going to get an iPhone at the WWDC 2012 in June. But it is to be decided by Apple and not by the so-called sources. So Apple, being the world’s biggest secretive company, may bring out iPhone 5 at any time and with any features.

Here we are having a quick look into much-anticipated features and capabilities an iPhone 5 should have. The iPhone brand may be the world leader in popularity and in sales counts. But it is yet to have many necessary features that its competitors have. Get through the rest of the article to see a pick of features that we all crave to see on the next major iPhone upgrade.

Micro HDMI out: Apple should add a micro HDMI port on its iPhone. Apple introduced full 1080p video output on iPhone 4S. However, users need to spend $39 to buy Apple’s Digital AV to send HD video to a TV monitor. If iPhones come with micro HDMI out, one will only have to buy a $5 cable to connect the device with a TV. But Apple currently has a nice AirPlay Mirroring feature for streaming content. But it should be far great if the device has HDMI out as well.

Expandable memory: Apple offers sufficient internal memory with its products. The iPhone 4S has come out in three memory options, 16GB, 32GB, and 64GB. However, if Apple adds a MicroSD slot for memory expansion, it will be a good thing, indeed. Users can store some more data to use on their iPhones. But analysts think there is virtually no chance that Apple would add a MicroSD slot on iPhone.

NCF: Near Field Communication (NFC) is really making rounds today. Most of the key Android tablets come with NFC technology. It is actually a kind of bar-code replacement feature that helps users make payments at check-outs easily. Data transfer between NFC-enabled devices is also highly efficient.

Built-in inductive charging: There have been reports that Apple applied for patents for a variety of charging technologies for its products. Indeed, it will be highly appreciated if iPhone 5 comes with an integrated inductive charging feature. Certainly, we can most likely expect an innovative charging method with the upcoming iPhone 5.

4G compatibility: It is surprising that Apple has not yet joined the 4G LTE frenzy. Right now, almost all high-end Android phones come with 4G LTE compatibility. But Apple, though named its recent iPhone versions like ‘4’ and ‘4S,’ has not yet implemented a 4G antenna inside its flagship smartphone. Most likely, iPhone 5 will be a 4G LTE gadget. Fortunately, Apple has iPhone deals with both Verizon and AT&T, the leading 4G LTE service providers in the country.

A6 processor: It is a certain thing we can expect on iPhone 5. The current version of the iPhone runs on Apple’s custom-designed A5 chipset. So, Apple will be slotting in an A6 chipset inside iPhone 5. Moreover, the new iPhone may also have a quad-core processor, which will make the device perform five times better than the iPhone 4S.

iOS 6: Apple used to update its mobile OS for every new version of the iPhone. The case will not be different from the iPhone 5 as well. The company will bring out the next major update to its iOS mobile OS at WWDC in June this year. And, iPhone 5 will run on the new iOS version.

Large screen: Can we really expect a large screen for iPhone 5? Tech rumors always wish to see that the next iPhone will have a 4-inch or larger display in place of the iPhone’s usual 3.5-inch cramped display. The display may likely be an edge to edge screen with a totally new design.

HTC One V will Release in the UK