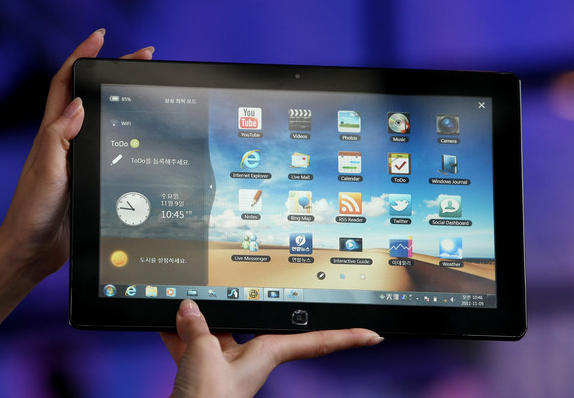 The first wave of reviews of the Windows 8 Consumer Preview was generally positive, in large part because the reviewers were loaned Windows 8 tablets by Microsoft for the reviews. But now that those same reviewers have gotten their hands on the Windows 8 Release Preview for PCs, they’re starting to give a thumbs-down to the operating system.

As I’ve said previously, tablets provided to Windows 8 Consumer Preview were made by Samsung, and were essentially identical to the one that Microsoft provided to developers and reviewers at the Microsoft BUILD conference in September. There’s absolutely nothing wrong with hardware and software companies loaning review units to reviewers — it’s standard practice not only in the technology press but in the general press as well.

But Microsoft was using a bit of savvy in providing tablets rather than PCs to reviewers in those early days, because Windows 8 shines on tablets, but not so much on PCs.

So the first wave of reviews based on the Windows 8 Consumer Preview running on tablets was generally positive. But now that reviewers are using the Windows 8 Release Preview, they’re realizing that it’s not as well-suited for traditional PCs.

For example, Todd Bishop of GeekWire says that he’s been using Windows 8 since its the Consumer Preview release on a tablet. Then he began using the Release Preview on a PC, and he’s not so happy. He writes:

“I’m struggling to get comfortable with the idea of using Windows 8 to power my primary desktop computer.

“I’ve been using the Release Candidate since it came out yesterday. The difference this time is that I’m testing Windows 8 on a traditional keyboard and mouse, not on a touch-screen tablet loaned from Microsoft, which was my primary (though not exclusive) way of testing Windows 8 in the past.

“Bottom line, I’ve spent the past day feeling lost, and a little grumpy. (Grumpier than usual, at least.)

He goes on to write:

“It feels like a forced mashup of a desktop operating system and a tablet interface.”

Farhad Manjoo at Slate had a similar experience. Based on his look at the Windows 8 Consumer Preview on a tablet, he wrote that Windows 8 on tablets is “the first worthy rival” to the iPad.

Now that he’s reviewed Windows 8 on a traditional PC, he has something very different to say. In an article titled “You’ll Hate Windows 8,” he writes this about Windows 8 on a PC:

“In my time with Windows 8, I’ve felt almost totally at sea — confused, paralyzed, angry, and ultimately resigned to the pain of having to alter the way I do most of my work.”

Since my first review of Windows 8, I’ve been saying largely the same thing. It’s an operating system built for tablets, not PCs, and can be confusing to use on traditional computers. Windows 8’s design is a gamble by Microsoft, and I don’t think it will pay off.

Businesses will likely stay away from Windows 8 because it would force them to retrain staff and will cost a great deal of money in Help Desk and IT costs.

As for tablets, they’re unlikely to sell well, especially because Windows 8 RT tablets may cost as much or more than iPads. At similar prices, people will go with the proven market leader, not the new kid on the block.

Does all this mean that Windows 8 will become the new Windows Vista? For the answer to that, we’ll have to wait until it’s released later this year.