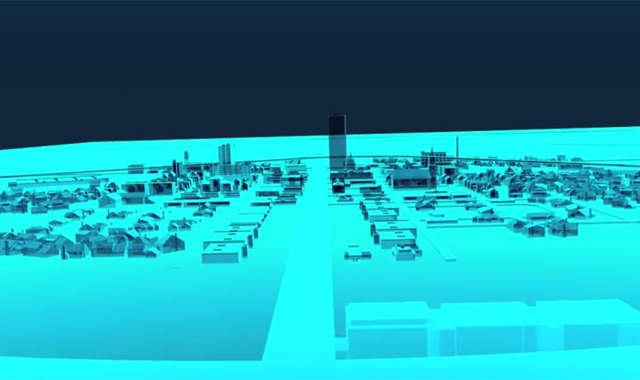 London: “World’s first” scientific ghost city, which will cost 1 billion dollars, is set to be built in New Mexico to test the latest next-generation technology.

Researchers will use the facility in Lea County, near Hobbs, to look at everything from intelligent traffic systems and next-generation wireless networks to automated washing machines and self-flushing toilets, Sky News reported.

The town will be modeled on the real city of Rock Hill, South Carolina, complete with roads, houses, and commercial buildings, old and new.

No one will live there, although they could as houses will include all the necessities, like appliances and plumbing.

The point of the town is to enable researchers to test new technologies on existing infrastructure without interfering in everyday life.

For instance, while some researchers will be testing smart technologies on old grids, others might be using the streets to test self-driving cars.

“It brings so many great opportunities and puts us on a world stage,” Hobbs Mayor Sam Cobb said.

The city will be built by Pegasus Holdings and its New Mexico subsidiary, CITE Development.

The Centre for Innovation, Technology, and Testing (CITE) is being billed as a first-of-its-kind smart city that will be developed about 15 square miles west of Hobbs.

The initial development cost is estimated at 400 million dollars, although Brumley estimates the overall investment in the project to top 1 billion dollars.

The project is expected to create 350 permanent jobs and about 3,500 indirect jobs in its design, development, construction, and ongoing operational phases.

As with the smartphone systems that it emulates, Windows 8 includes a Metro-style camera

app that integrates with the cameras found in your Windows-based PCs and devices. During the

Consumer Preview, this app is pretty much relegated to using a webcam and is clearly

hardware, as with Windows Phone handsets, and of course, many of these devices will ship with

both front- and rear-mounted cameras. (As does the Samsung developer tablet that Microsoft

provided at BUILD last September.) In the meantime, you can run Camera via its Start screen

The Camera interface is simple enough. You can tap the screen to take a photo (or start/stop

video recording in Video mode). And it provides an always-visible and translucent app bar

that can have as many as four different buttons of the camera).

Change camera. This button is only available on systems with two (or more?) attached

cameras, as will In your natal chart, the three most important signs – according to criteria mentioned above – are in decreasing order of strength Aquarius, Taurus daily horoscope, and Gemini. be the case with many Windows-based tablet devices. It’s a simple toggle,

and switches to the next camera each time it’s tapped.

(determined by the capabilities of the camera and can optionally include both 16:9 and 4:3

resolutions), Audio device (which microphone you’d like to use), and Video Stabilization (a

toggle whose availability will be based on the capabilities of the camera).

options, whose availability again is based on the capabilities of the camera. Included here

are Brightness and Contrast sliders, Flicker (60 Hz or 50 Hz), and Focus and Exposure

sliders (with Auto options). On some of my test systems, some of these options were missing

or grayed out, however.

Timer. This button starts a three-second countdown before the system takes a still photo or

video recording starts, depending on the mode.

Video Mode. This button toggles between the normal still photo mode and Video mode and will

be white when selected. Normally, when you tap the screen anywhere, it takes a still

photo—which is saved to a Webcam folder in the Pictures library. But when you tap the screen

in Video mode, it starts (and stops) recording the video.

capabilities of Windows 8, but surely this is coming in a future build. In PC Settings,

however, you can see that the Camera app is registered as an app that can be used to create

As is so often the case, what we see in this app preview is an unfinished product. But I

expect more from the coming Release Preview and then again, of course, in the final
release. Stay tuned.