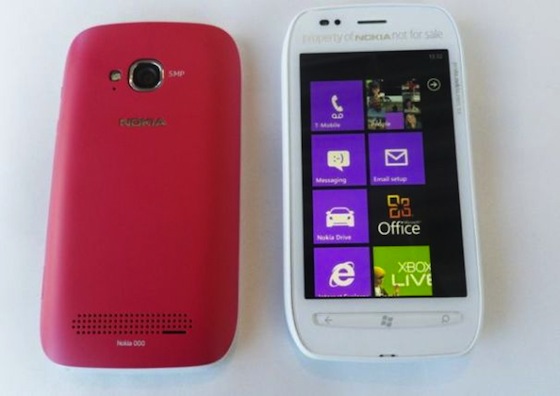 The standard price of a smartphone running one of the modern mobile operating systems is typical $200, with a two-year service contract. Recently, there have even been a few, largely unsuccessful, attempts to boost prices to $300.

Walt Mossberg reviews Nokia’s Lumia 710, the $50 device that gets the most common smartphone tasks done for a bargain price.

But phone makers and carriers have been eager to push smartphones into lower price bands to expand the market. Older and more basic models have been showing up for less. Multiple Android models sell for around $100, and a few well below that. Even Apple, which established the $200 standard, sells its iPhone 4, which is outwardly identical to the current iPhone 4S, for $99. And its 2009-vintage iPhone 3GS is free with an AT&T contract.

So this week, I tested a new $50 smartphone to see what you get for that kind of money. It’s called the Nokia Lumia 710, and it runs Microsoft’s Windows Phone operating system, the much-praised, but late and struggling, a competitor to Android and the Apple iOS software that powers the iPhone.

The Nokia Lumia 710 runs the same Mango version of Windows Phone as costlier models, with its bright tiles that can show live data, like the weather or favorite photos.

After a week of testing the Lumia 710, my verdict is that it’s a good value for the money, and a good choice for people moving up to their first smartphone, or those looking for an alternative to Android and Apple. It has some notable weaknesses and drawbacks, and it doesn’t compare with the iPhone 4S or elite Android models like the Samsung Galaxy S II. But it’s a decent phone that gets the most common smartphone tasks done.

I chose the Lumia 710 because it isn’t an old model or one that runs an outdated version of the software. In fact, it’s the first Windows Phone device from Nokia, Microsoft’s principal phone partner, to be offered by an American wireless carrier—in this case, T-Mobile. And it was designed to be a low-cost alternative to most other smartphones, to boost the tepid sales of Windows Phone devices, and to launch Nokia’s bid to regain a significant share of the U.S. market.

T-Mobile is promoting the phone heavily in its stores and in national TV ads and says it will be a major focus for the carrier this winter. Wal-Mart is pushing it for $18.88 in its stores and free online, with a contract, according to T-Mobile and Nokia.

Though it’s the vanguard, the Lumia 710 won’t be the flagship of Nokia’s new Windows Phone line. An entirely different model, the larger but sleeker Lumia 900, is coming from AT&T, probably in March. It will boast a bigger, better screen, more storage and features, and a better camera. No price has been announced, but it will certainly cost more than $50.

Another higher-end Nokia model, the Lumia 800, already is available overseas but hasn’t been picked up yet by U.S. carriers.

The 710 is a somewhat thick, rounded phone that comes in black or white and has a 3.7-inch screen—bigger than the iPhone’s, but much smaller than the huge displays of 4.5 inches or more on some of the newer Android models.

The phone is plastic and fairly light but doesn’t seem cheap or flimsy. It has a rubbery, curved back and feels good in the hand. And unlike many news smartphones, the back is removable and the battery is replaceable.

This phone runs on T-Mobile’s 4G network, which I have consistently found to be much slower than Verizon’s latest 4G technology, now also being rolled out by AT&T. In my tests, downloads averaged about 2 megabits per second, which isn’t much better than on many 3G phones.

The 710 runs the same Mango version of Windows Phone as costlier models and, in my tests, was generally snappy, though it lagged in a few instances. Like all Windows phones, it has a dedicated button that launches the camera even when the phone is locked. However, Windows Phone has about 10% of the third-party apps as the iPhone.

I was able to use all the main features of Mango, which distinguishes itself from its competitors with a user interface made up of bright tiles that can show live data, like the weather or favorite photos, even before you tap them to open apps. Mango’s “hubs”—features that aggregate information such as your friends’ contact info and social-networking status—also worked fine.

I was able to sync the phone with both a Windows PC and a Mac, using Microsoft software, to add music, photos, and videos.

So what corner-cutting was done to get the price down? What are the missing features? One is the absence of a front camera, which means you can’t do video chats on the 710. Also, the phone can’t be used as a Wi-Fi hot spot to connect other devices, like laptops, to the Web. It has only 8 gigabytes of internal storage, which can’t be expanded. The baseline for most other new smartphones is 16 gigabytes.

In addition, I found the 5-megapixel rear camera to be no better than adequate, with some pictures I took rapidly coming out fuzzy, though most others were acceptable.

I found the phone’s buttons required more pressure than they should have. The screen, while decent-looking when viewed straight on, was harder to read from an angle than on most competing smartphones.

I didn’t perform a formal battery test but found the phone’s battery made it through the day in mixed, light-to-moderate use. The sound quality was good and calls didn’t drop.

T-Mobile’s service plans for the Nokia Lumia 710 start at $60 per month for 500 minutes of voice, unlimited texts, and a paltry 200 megabytes of data. But the carrier recommends a plan that costs $80 monthly and boosts the data portion to unlimited (T-Mobile slows your connection if you exceed 5 gigabytes of data during the month.)

Bottom line: Nokia will soon have flashier, high-end Windows Phone models in the U.S., but you can get a lot for less in the Lumia 710.